The First Filmshow I Saw 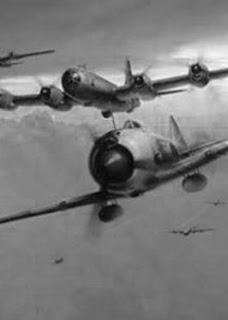 It was known as dian ying (literally "electric shadows" in Mandarin) to us or the "pictures".

The ruling Japanese regiment was trying their best to win over the villagers. They announced that they were going to show us a filmshow on how their conquered Singapore.

All the villagers were suspicious of their motives. Some speculated that they were trying to lure out the young men and girls whom they would capture to fight or do hard work for them. The girls would be captured for the comfort and pleasure of the Japanese soldiers.

As it turned out, the audience were solely children and elderly men and women who accompanied them. My parents were middle-aged at the time, so they did not accompany us. My brothers and I turned up for the show with much excitement and curiosity as it was our first time going to experience something new.

The movie was shown at the wayang stage of the temple for the protection of the city, or Kuan Gong Temple.

It was a great experience for us as we were seeing a filmshow for the first time. At one scene, when an aeroplace was flying towards the audience, all the people there ducked to avoid it! The rest of the movie was about fighting. It ended with the surrender of the British Army at the Ford Factory.

Of course, at the time, I did not know what that meant. I only knew that the Japanese won and the British lost, like in a football match.