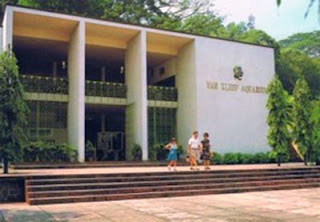 In mid-1964 we shifted to a two-room flat in Margaret Close, Queenstown. These first-gen flats are no longer around. They have been demolished a few years ago. The land has since been left empty.

On the right of our unit was a young Chinese man like me. He had an Eurasian wife and a three-year old son. I remember his name as Gabriel. On the left was a Malay neighbour. He had a Kelantan wife and two daughters.

In that same year, on the 29th of November, my second daughter was born. I named her Julie because the song Julie, Julie I Love You was very popular at the time. Her Chinese name is Kim Yam. It was the school holidays and so I could take care of Annie whilst my wife was still in the maternity home.

On the second day, I took Annie along to visit my wife. When we came home, Annie appeared sad and quiet. She started to cry when I carried her into the house. I then took two pieces of rags and asked her to help me mop the floor. Immediately she stopped her crying and started to enjoy what she was doing.

The next day, we visted her mom again.

After the visit, I brought Annie to the Van Kleef Aquarium next to the National Theatre at King George V Park. Annie enjoyed looking at the colorful fishes and we had no trouble upon reaching home. Annie had accepted that her mom would be away.

The National Theatre was later demolished to make way for the Central expressway. The Van Kleef Aquarium was also tore down.

After five days in the maternity home, my newborn Julie was discharged with her mom. We then became a family of four.

We lived happily together and the long school holidays saved me the trouble of hiring a maid; I was able to look after my wife and baby. I was there all the time until school reopened the following year (1965). By then, my wife was well enough to look after the two babies. Annie was already 2 1/2 years old.