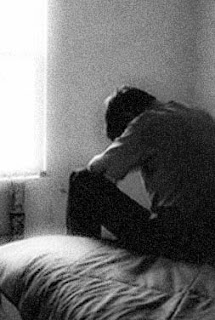 I should really thank the kind and understanding people around us who kept us going during this great depression after Annie died. For days and weeks, I had colleagues who visited us either in groups or as individuals. They counseled and gave invaluable advice to dilute our suffering; most said that Annie would be in a better place, heaven. The Christian group from Susan's kindergarten also visited us often and gave us much comfort.

The principal of Julie's school, Convent of Our Lady of Good Counsel, also specially invited me to her office to counsel me. I remember a line from her: "What God has taken from you, he will compensate you in other ways."

Every teacher of Annie's said she was such an angel and that she would surely to go to heaven. Not long after, I had a dream one night. As a matter of fact, I dreamed of Annie very often after her passing. However, this one dream was very vivid. In it Annie told me that although she had been close to Christian activities, she could not go to heaven without a mass. I quickly asked her, "So where are you now and what do you want me to do?" I then woke up. The very next day, I went to her school and told her principal about it. I also asked her to help arrange a mass for Annie. It was soon carried out and my family and I attended.

Our family doctor, Dr Tan Kien Yong helped us by prescribing tranquilizers to relieve us from depression. Intellectually, I know I had to put the past behind me and move forward, but it was easier said than done.

For the first few months, I would break down for no reason. It would happen at least once a day.

It happened in school too where I worked, and I would rush to the toilet if there was time. When I stopped at a red light, I would feel the need to get out of the car. When I queued up to buy anything, I felt like running away. It was unbearable to wait for anything. All these happened even though I was on medication. It lasted three years.

My wife was stronger in this aspect. She might scream at times to let out her emotions but she was usually more stable and consoled me when I was down. I also felt uneasy during big functions like weddings. It was very tormenting to have to sit through them. There was great relief when the functions were over. I discovered that I was withdrawing  into myself.

I was lucky to have a good bunch of tuition students who kept me busy and occupied. And at the same time, providing me with more income.

After three long years, I became more seasoned to my misfortune. Some normalcy returned and I soon began eyeing the 5-room flats that were coming up in Ang Mo Kio during the late 70s.

My wife and I applied and were soon allotted one. The price then was about $35k. And for the first time, the HDB allowed us to sell our old flat in the open market. We found a buyer who was willing to pay our asking price of $20k. The balance for the new flat was covered by funds in my CPF account, so this new place was paid for once and for all from at the very start.

Getting the flat ready for occupation was a hassle but we did finally move in on 20th November, 1980. It was a Saturday.

I remember Susan and Julie going to their new home by bus, carrying their school bags and a colored photo of their late eldest sister, Annie. My wife and I had to remain behind to supervise the movers and afterwards drive ahead of them to Ang Mo Kio.

By the time we arrived, Julie and Susan were already in the house. And thus this was how we began our new phase of life in Ang Mo Kio.
Posted by BoysTowner1954 at 02:43