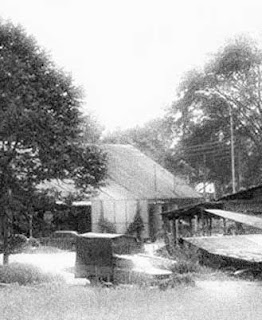 My wife must have experienced the biggest cultural shock in her life when she married me and had to live in a kampong.

In the morning of our wedding day, she left her parents and went happily with me. However, after the celebrations in the morning followed by the afternoon Tea Ceremony, she broke down bitterly for some reason. Her father was noticeably absent (an understatement); only her mother was there to accept our offer of tea. They said her father had to work! On his daughter's Tea Ceremony Day???

I thought she was just ebbing emotional about having to leave her parents and got upset because her father was not there to say goodbye.

That evening, I spent some time pacifying her and trying to cheer her up. She admitted that she was not used to this sudden change in life.
Posted by BoysTowner1954 at 11:03