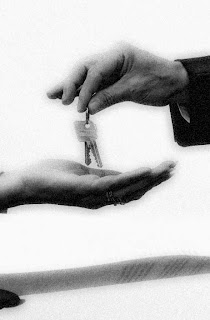 I was too naive and too satisfied with the way I was in to be aware of my wife's hidden agenda, which was to move out and be near to her parents!

She became unreasonable, packed her things and picked up her transistor radio and left for home. We could not stop her.

My eldest brother was stunned.

He later apologised for causing all the trouble. I did not know what to say; it was not entirely his fault. He advised me to go to her house to persuade her to come back.

The next day, I left for my mother-in-law's house. My wife was there.

There were other relatives there as well to support her. She refused to come home unless I promised to move out of the kampong. I told them that they had to persuade my father to agree to the idea. So they sent her brother-in-law, who was a middle-aged man from China (like my dad). But he was a Singapore citizen as he had lived in Singapore since the war. It was hoped that their similar backgrounds would help in their communication.

He went with me to see my father.

My father was emotionally charged when speaking about the matter, but my brother-in-law was quite tackful. In the end, they came to the question of letting me move out. My father was very wary that since my wife's family had no sons, they would try to 'rob' me over. He laid down his conditions much against his will; I could move but only to Ama Keng where I was teaching and not anywhere else.

My wife's brother-in-law accepted the condition and together, we went back to my wife's parent home - the post-war Hindhede Road Barrack Estate.

My wife was very happy then and agreed to go home with me first. On the way, we immediately went house-hunting in Ama Keng Village centre.

We landed a room at the back of a shophouse where the Peh Clinic was. There were two bedrooms at the back of the clinic, a kitchen with a bathroom and toilet as well.

One of the rooms was used by an old mid-wife who helped deliver babies in the village. She told us the rent was $30 a month. I was to go see Dr Peh who owned both the clinic and shophouse. Dr Peh also ran the main clinic at Bukit Panjang, opposite where the Ten Mile Junction is now. He ran his clinic from 2pm to 5pm on weekdays.

I immediately went to him to ink the contract and collect the room key.
Posted by BoysTowner1954 at 11:13